Code is the debut LP from Berlin producer Answer Code Request on Ostgut Ton. Whether his DJ sets, the increasing appearances as a live act or with impressive releases on Marcel Dettmann Records and his own label ACR – as an emergent Berghain resident, Patrick Gräser is also one of the new exciting faces on the label. After the Breathe EP (o-ton75), his debut release on Ostgut Ton, his first long-player was not only a matter of time, but the next logical step.

Code is a statement that coquettishly plays with the crucial question of electronic music – which tasks and perspectives a techno album should demonstrate – it also challenges current listening expectations. Even though the primacy of functionality seems to be engraved in stone as a paradigm, ACR turns his back on just a mere collection of dancefloor tracks. All created during the last year, the twelve tracks introduce a genuine, reverent and adult sound concept which presents itself as an fog-shrouded journey through time – combining Gräser’s influences and history with several genres of dance music: From Detroit-inspired elegies over the UK Sound with its break beats and IDM references to the warm side of Berlin techno from the 90’s. Despite the occasional nostalgic depth, Code is shrouded in a shadowy aura and a mystical mood that runs like a common thread through these tracks.

Following on from the calm of title track, “Blue Russian“ unveils Gräser’s verve for detailed structure. His synthesis of swirling sci-fi sounds and stoical percussion develop a seething climax, which is constantly fed by his dramatic pads. “Field Depth“ with its tandem of warm synths and the precise, powerful bass drum clarifies that ACR’s author-focused techno goes way beyond the composition of mere sketches. The UK-influenced design between warm and dark sounds evokes a mix of claustrophobia and restlessness while enchanting shades converse like they are hailing from a foreign galaxy. “Odyssey Sequence“ sets foot on disturbing terrain where an ambient synth arrangement unfolds itself in the manner of a sound painting in atmospheric gliding flight. “Zenith“ emphasizes the drum-based focus of his compositions, whilenext to its rigidity a melodic figure communicates in the background like sparkling moments of longing and hope.

“Relay Access“ continues this fragile magic in a downtempo-driven way where each beat, each soundscape and even the rudimentary, swirling spirals enjoy sufficient room to develop. Euphoria or frenzy remain only as skeletons because Gräser’s trademark is distinguished primarily by his interest for harmonic motifs. For him the superiority of the 4/4-kick is not an inviolable rule, in “Status“ he just indicates the floor as a fixpoint from where to carry out some grumbling bass modulations in unison with mechanical hi-hats and oracular soundscapes. Both the rattling breaks of “Haul“ as well as the mantra-like prayer “Spin Off“ embody a non-conformist ritual, before the British artist and singer Elizabeth Bernholz, known from her project Gazelle Twin, brings her impressive timbre between whispers and choral meditation into heavy pulsation backed by some heartthrob beats on “Axif“.
As the final sounds of the dreamy “Thermal Capacity“ fade away, the moment has been reached where Code is halfway deciphered. Patrick Gräser’s debut adds a pondering and sublime facet to the Ostgut Ton catalog, while also being emancipated from the dancefloor. Despite the references to historical roots, Answer Code Request combines his passion for break beats, IDM nuances and complex drum patterns to create a modern listening record that breathes the modern aspects of the present with thoughtful impetus. Fresh and timeless!

All tracks written and produced by Patrick Gräser. Voice on “Axif” by Elizabeth Bernholz. 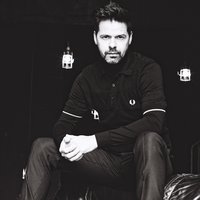 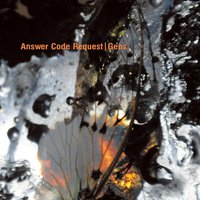