Unterton introduces an artist who’s already renowned for his work within informed circles but yet to be discovered by most: Berlin-based New Yorker Phase Fatale debuts on Unterton after strong releases with respected labels Jealous God and aufnahme + wiedergabe and six well-received club appearances at Berghain. Originally coming from a Post Punk / Cold Wave band background Hayden Payne stated in a recent Berghain club flyer interview: “Techno [...] resulted from a development of [Wave and EBM] genres and its movements. Punk and Techno share the same mindset, this connection has always been there for me.” Thus it was no surprise that his Anubis 12“ for Unterton combines said spirit with four club-ready tracks, placed firmly left of the center.

“Hollow Flesh” starts with menacing synth pads and pulsing drones framing an ongoing, distinctive kick drum – an oppressive, regimented beat sequence reminiscent of angst-ridden, sci-fi scenarios. But Phase Fatale follows his own formula: Wave-meets-Electro vibes on a certainly dark overall sonority. The eponymous “Anubis” on A2 opens with an atmospheric intro until a kick sets the tone for a more straightforward, hypnotic and cold Techno cut, finely wrought with musical detail, as heady as it’s gloomy.

"Wound" ignites some harassing fire: what abruptly starts off like a classic Techno-meets-sizzling-Noise track soon alters to a more tribal, snare-led Industrial cut with an osseous kick, offering an iridescent, textured feel, at times sounding like forging steel, then like swarming insects. On its abrasive surface “The Size Of God” on B2 shares the same bleak vibe of its three companions, but stands out with a more introverted, slow, broken rhythm structure, looped drones, opaque-distorted voice transmissions and swelling synth melodies, placing the Phase Fatale blueprint in a Post AmBM (Post Ambient Electronic Body Music) context. 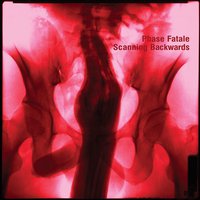