Scanning Backwards, Phase Fatale’s second full-length album following his 2017 debut album for Hospital Productions, is music about control. Using the connection between weaponized sound and psychological manipulation as a conceptual foundation, Hayden Payne explores the ways in which music – and sub frequencies in particular – are used to influence thinking and to synchronize emotions and behavior: from military technology to sound systems and the physicality and sexuality of queer techno culture.

Known for his innovative post-punk takes of dance music as featured on EPs for unterton and Ostgut Ton, the Berghain resident draws on his background as both a guitarist and sound engineer to create a heady mix of broken rhythms, noise-, and shoegaze-inflected techno, often at slower tempos. The result is music with space and pace to expand, highlighting the intense rushes of frequencies found in both sonic warfare and functional dance music. Over eight tracks named after a combination of historical and fictional narratives from literature and science fiction, Payne’s rhythmic excursions explore different manifestations of sound as power – specifically within the context of seeing Berghain as an instrument itself. This is also reflected in the album artwork, taken from an early flyer for the SNAX party series and an obvious ode to the fetishization of power dynamics.

In his own words: “All tracks on the album, no matter the style, were tailored to sound a certain way in Berghain – something I figured out through years of dancing in the middle of the floor, DJing as a resident and investigating what frequencies really penetrate the body. This includes speech and high-frequency, brain-penetrating instrumentation and drilling textures that I had not utilized so often before, but which I think also have an effect on thought and memory. It's especially true in a space where gay and fetish roots combine with music in unexpected ways, almost in a cultish manner. A musical and physical deprogramming and reprogramming, psychic driving and de-patterning, the erasing and replacing of memories.”

Ultimately, Scanning Backwards surveys not only the manipulative properties of electronic music (mantras, loops, subliminal messages) but also how rhythm facilitates both moving and thinking in synchrony; a pulse of coordinated sound- and brainwaves.

The limited edition of one-hundred glow-in-the-dark 2xLPs is sold out!

03. Polystyrene
04. During the Freezing Process

FACT: Berghain resident Phase Fatale explores sound and control on Scanning Backwards
DJ Mag: “In its focused power, ‘Scanning Backwards’ is designed to infiltrate the dark corners of techno clubs around the world.” 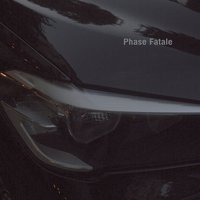