It’s safe to say that Terence Fixmer’s track “Aktion Mekanik Theme” (Music Man Records, 2003) was as much a landmark release for Techno as the whole Aktion Mekanik compilation was for EBM as a genre. “As an artist who’s been pushing EBM sounds into the modernity of Techno it was a logical step to do the compilation back then,” Terence says. “I wanted to show my influences as a Techno artist, as Detroit sounds weren’t my roots at all, but classics by Front 242, Fad Gadget, Nitzer Ebb, Crash Course In Science or Snowy Red.

I met Music Man’s Stefaan Vandenberghe through Emmanuel Top in ‘93, and of course I was a fan of his label – the label in Belgium at that time. Music Man was obviously the perfect place for this EBM project: they are from Belgium, they knew the bands, many of them were proud of this sound. So I discussed my idea of putting out a compilation with some classic and landmark tracks from the EBM direction with Stefaan, and it got made.”

While the original version is simultaniously being re-released on red 12“ vinyl on Music Man, Ostgut Ton offers three versions of “Aktion Mekanik Theme” – after the original found its way into the DJ sets of the remixers. “I was surprised as – to me – this track was a kind of forgotten one from a limited vinyl compilation.”, Terence continues. “And it was a nice surprise to see that young artists such as Kobosil are into this kind of music, too. Marcel suggested to give this track a new life through remixes. The Kobosil one injects an amazing energy with a great sound, I wish I would have done such a version at that time.”, Fixmer comments. 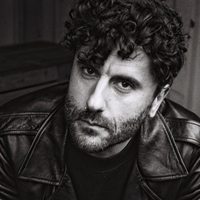 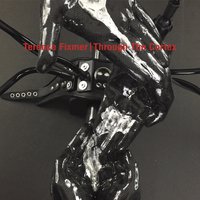